How are you doing today? I hope you’re having an amazing weekend so far!

I have been uploading my merch to the store (not on public yet though cause we need to await the big launch later this month. I’m also way too nervous and excited for it haha. It was a huge work to get it all on there and figure everything out, and I still need to upload some nice photos that go along with it but wow.. It’s going to look AWESOME!

I also am finishing up a little project I had which was super fun, and I’m already thinking about sketching out the drawing on demand which we’re going to start Monday on stream.

Aaaand of course I’m also going to make some new comics over the weekend.

By the waaayy. I made a little something as well to post on social media later regarding this month’s wallpapers that are accessible here on Patreon for just $5 💜 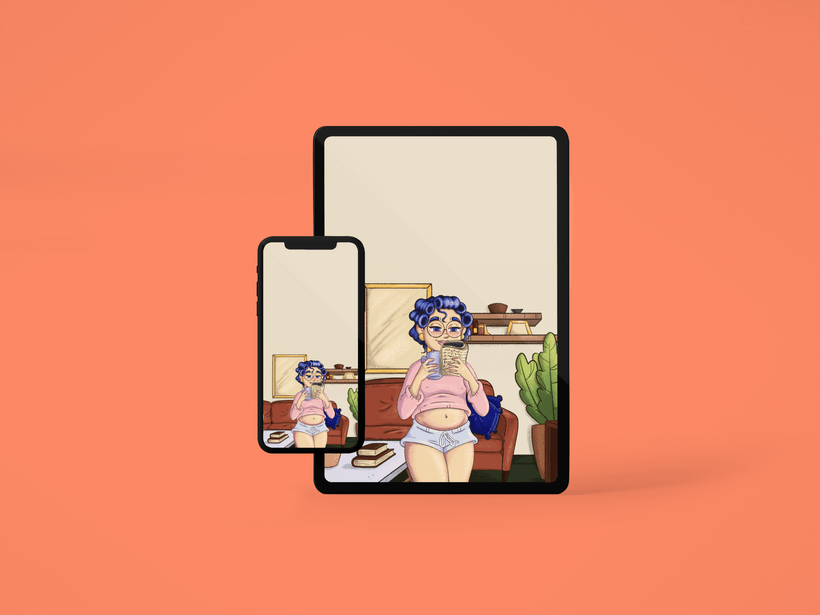 I hope you’re enjoying the spam of content lately haha!